First steps to buying a house 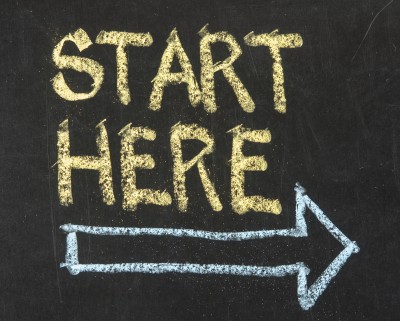 I bought my first house in 1987, the way I did it back then can’t be done today.  Things have changed. The economy has changed, the loan process has changed, pretty much everything has.

The place I bought was a duplex.  It was a repo that was owned by a local bank. And I had no money.

Try getting a bank to do that today.

Back then, when the bank then made a loan, they kept the loan.  Serviced it themselves and when the loan went bad, their money was still tied up in the property until they got rid of it.  Today most banks don’t keep the loans they make in their own portfolios.  Many times before you even make your first payment the loan has been sold to another servicing company.

Get your advisers involved from the beginning.

When I show people houses, I have to admit, it drives me nuts when I have shown someone 20 houses and they say “I have to bring so and so over to give the place their seal of approval before we make an offer.” And then So and so says “well, that’s not the way I bought my first house.”

One more time… IT DOESN’T WORK THAT WAY ANYMORE.

I have no problem with asking friends and family for their input.  Just don’t ask them for input at the end of the process  when that person doesn’t have the frame of reference you have, from looking at 20 houses already.  If you want them to help, be sure they are involved in the whole process. Don’t throw them into it at the end.  It’s not fair, to them or to you.

Say you have searched and searched for that perfect house. You finally find it!  It’s just what you want.  You know where the couch will fit, which wall to put up that 70in TV on, and the yard is perfect!

You make an offer, it gets accepted and you are already packing in your mind.  Next, you go to the bank knowing your credit is good and this won’t take long. 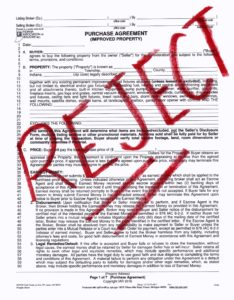 That’s not how the call goes.  Instead they ask you about a few things on your credit history.  You tell the lender that’s not true.  You never had a condo in Florida that you didn’t pay for and you sure didn’t have that cosmetic surgery they asked you about. That you also never paid for..

Well, it turns out that you have been a victim of identity theft and didn’t even know about it.  Or just as bad, a data entry person typed in the wrong social security number for someone else.

Whew, you think. That was stressful. But now it gets worse.  Those items on your credit report were mistakes but it will take some time to et them removed from your credit.  Once again, back in the old days, you could explain it to the local lender and it wasn’t a problem.  Today, they can’t help you.  It has to be fixed first, before they can do the loan.  That process will take a couple months.

In the time that it take sot get it fixed, someone else came in and bought your dream house!  And there is not a darn thing you can do about it…

Actually there is. Get approved for a loan first.  That way, if there is a mistake, you will have time to fix it before you lose that house.

Also, think about thing from the seller’s point of view.  Say you have two offers, one from a buyer that has already been to the bank and gotten pre approved for a mortgage.  And another from a person that hasn’t.

Which offer would you accept?

Step one in your house search should always be; get approved for a mortgage before you start looking for a house.  Even if you are in the “just looking” phase.

Next we will go over how to actually find a house.